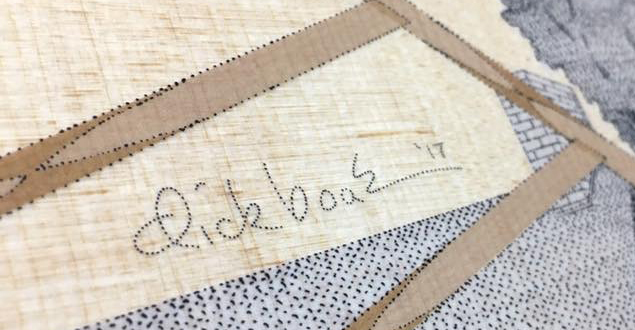 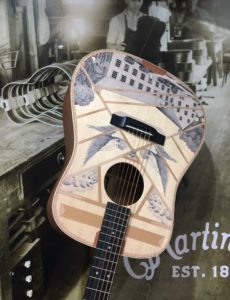 Anyone with a keen interest in all things Martin Guitar will be aware of who Dick Boak is and the impact he has had on the Martin Guitar Company since he started working there over 40 years ago.

In his early years, Dick had a keen interest in drawing, woodworking, writing and music and in his teens, he self-published two booklets of poetry. At this time, Dick began forging a keen interest in technical drafting and began to experiment with musical instrument design and construction. During his years at Martin, Dick has had many roles from being a design draftsman in the early days to heading up the artist relations Department and being involved with over 14o signature guitar collaborations with the top musicians spanning many era’s and musical genres. 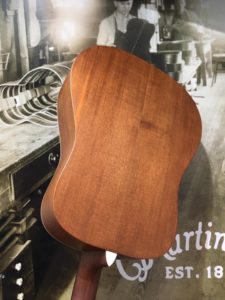 Dicks skills as an illustrator are showcased beautifully on this D-Boak model with his ‘Inside Out’ artwork. The iconic X bracing pattern, tone bars, Popsicle brace, Bridge plate, neck block, end block and cleats are all on show as is the old North Street factory. There are also 2 Eagles that featured in an illustration of a D28 by Dick from the late 70’s (see below) either side of the centre of the X Brace. Like where’s Waldo, you’ll be able to find Dick on the illustration too if you look hard enough!

The guitar has a Solid Sitka Spruce top with forward shifted scalloped bracing paired with Genuine Mahogany back and sides. The neck has Modified a Low Oval neck profile with a High Performance Taper, a 1-3/4″ nut width and 25.4″ scale length. The interior label is also numbered and signed by Dick too. 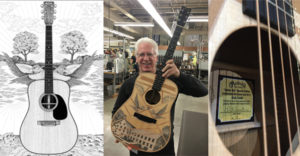 For more information past and present, check out Dick’s website.