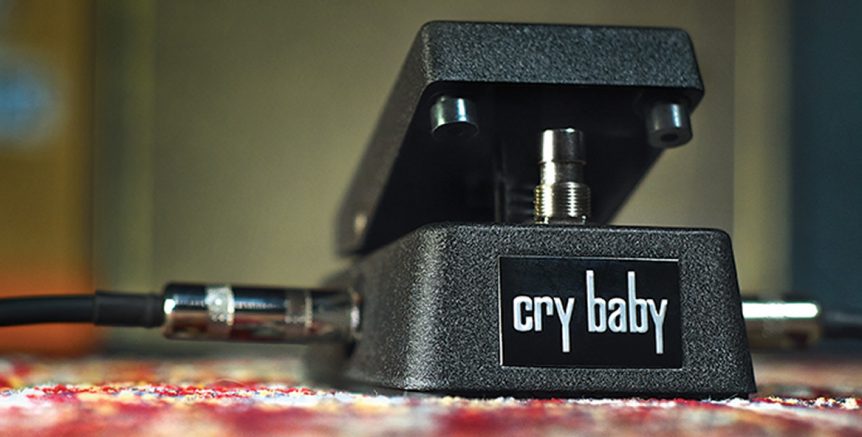 So, apparently bigger is better. Well, in this case, that isn’t correct, because this little fella is made to turn heads and break rules. In a perfectly formed little chassis, the crybaby mini is designed to make mounting a wah to any pedal board (particularly boards like the Pedaltrain Mini and Nano) stress free. With a flat, rubber base, this is the first Crybaby that can directly mount, with no modification needed to your board of choice. But really, that isn’t what makes this little gem brilliant, as handy as it is. What really sets this Wah apart from other mini wah’s is its versatility and full features despite its cute looks.

So, what’s all the fuss? Well, it comes fully loaded with features we have seen on the legendary range of Dunlop wah’s, incorporating the Fasel inductor, a component that has become a mainstay of all good quality crybaby’s, true bypass, a full sweep which you normally don’t find on units so small, and 3 different voicings, Low, Vintage, and GCB95, allowing you to mix up the tonal possibilities at your tippietoes.

This little monster is one of coolest things to come from those clever people over at Jim Dunlop, so try one out as soon as you can, we have plenty in stock, but they are selling fast, you won’t believe your ears!