Phase might not be something one gets immediately excited about given that there are so many different variations on the market these days. From vintage to more modern aggressive phasers it would seem everything has been covered. At least this is what you would think until the new MXR Custom Shop Phase 99 from Jim Dunlop entered the market.

Never have so many phase options and variations been available from such a small pedal. Everything has been fitted into a Pedalboard friendly standard MXR chassis.

So I will try to break down how this pedal works…

First there are two independent speed controls and in-between them a sync button and two LED lights. The lights flash red displaying the rate of each speed control. With the Sync button ‘Out’ the two speeds run independently and the lights flash at whatever speed you have set. With the Sync button ‘In’ the lights flash together indicating both phasers running in sync with one another to whatever rate you have set ‘Speed 1’ to, and the lights flash accordingly. This allows the user to have a more traditional single phase sound. However, with the two phasers running at their own individually set speeds you can really create some unique sounds. You can run a fast phase into a slow or slow into a fast and anything in-between. My favourite sound so far is ‘Speed 1’ set a little before 12 and ‘Speed 2’ set just a little after. It gently clashes and adds a really dynamic to open chords and strummed patterns. 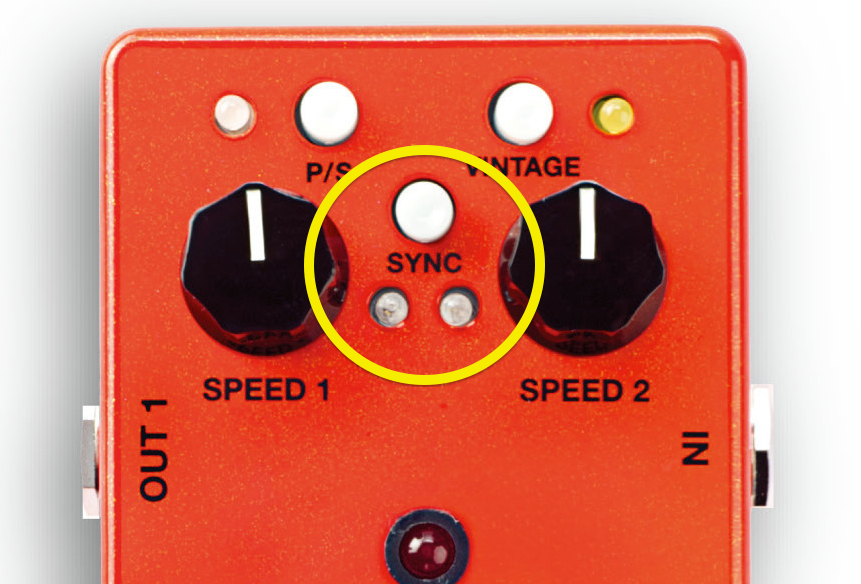 Second is the ‘Vintage’ button. Allowing the user to switch between a more modern phase 90 sound (which is more aggressive and crisp) and a Vintage phase sound (a slightly more gentle and organic phase). The selection of the ‘Vintage’ button is indicated with a yellow LED. 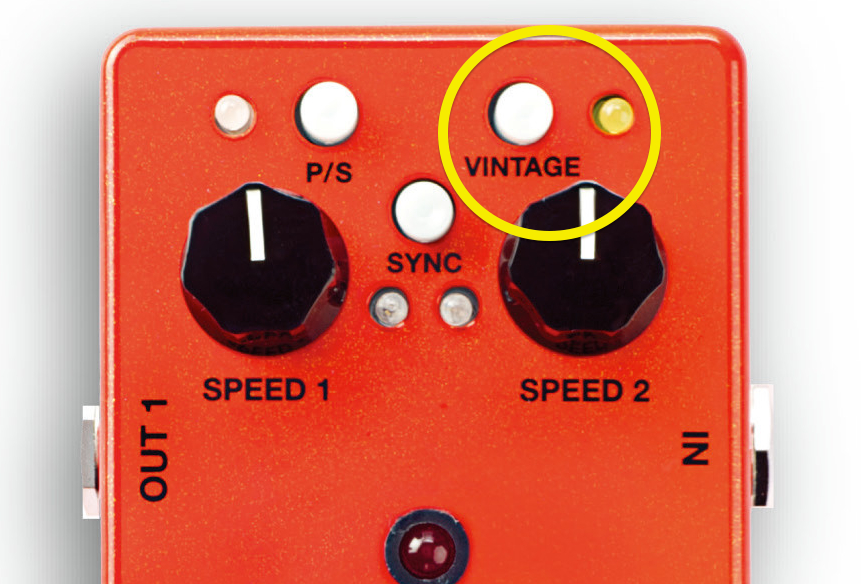 The third and slightly harder to explain section of this pedal is the P/S (Parallel/Series) button. Inside the Phase 99 is two dip-switches. SW6 and SW5. SW6 is the only one you need to think about. SW5 comes set in the up position and according to the manual should be left in that position. SW6 comes from the factory in the down position and switches between Parallel and Series this will be indicated by the LED next to the button turning from Purple (Parallel) to Blue (Series). SW6 while in the down position sends both signals from ‘Speed 1’ and ‘Speed 2’ regardless of how the P/S button is set to ‘Out 1’ aka Mono. However, if SW6 is in the Up position while the P/S button is set to Parallel, which is now indicated by the LED turning Red, ‘Speed 1’ is going to ‘Out 1’ and ‘Speed 2’ is going to ‘Out 2’ allowing the user a fully stereo phase. In series mode (Blue light) SW6 has not effect.

Despite the pedals wide array of controls it still only draws 24mA and runs on a standard 9vDC.

Most importantly the pedal is muscle car orange!!