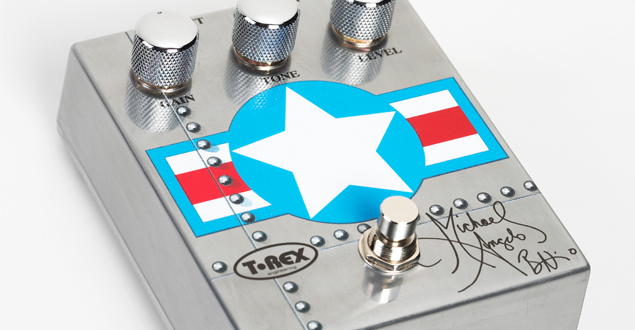 Many years ago I went to a guitar clinic to see a guy who plays the guitar like Yngwie on steroids. This guy wasn’t just your average shredder & of course there have been many guitarists in the ‘Shred’ genre but this guy is a god to even some of the best.

As if his playing wasn’t enough, he had a twin neck guitar, not unusual you may say BUT his had one right handed neck & one lefty!! 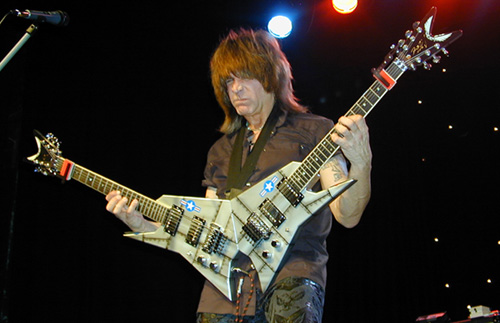 He also donned a 4 neck too in the video for ‘Freight Train’ with his band Nitro!!! The man in question is Michael Angelo Batio and we are here to talk about his T-Rex MAB Overdrive.

The MAB’s box is polished alloy decorated with a WWII-era Air Force star with a blue LED. It has Gain, Tone and Level controls and a bypass switch which when used is quiet and tonally doesn’t alter too much when going straight into an amp. It is run by a 9V battery or you can use a PSU if you wish.

Now with his reputation, his over the top stylings of his guitars & the way this pedal looks you may be expecting a box of fizz and high gain saturation but this is not the case. Here you get a serious overdrive with but creamy & punchy tone with hints of Tube Screamer with a tad more grit.

The gain control backed off gives you crunchy blues rock tones that suit either single coil or humbuckers but using humbuckers is where the MAB comes into its own due to the natural sustain from these pickups complementing the the full range the gain control of the MAB gives you. Put the gain up full & add more tone you step into hard rock territory that is tasteful, smooth and surprisingly transparent. 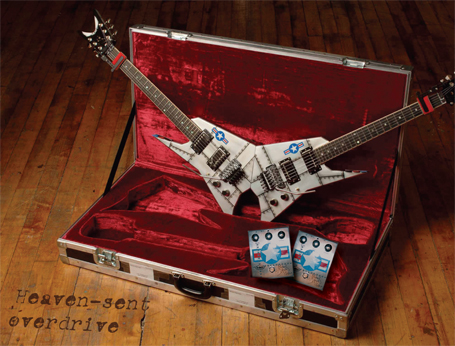 All I can say is that is one of the best overdrive pedals out there which just goes to prove that the old saying ‘Don’t judge a book by its cover’ does mean something after all.

For more info on this pedal or any other T-Rex pedal go to http://t-rex-effects.com/

Or come into our London, Denmark Street showroom and try one out for yourself.