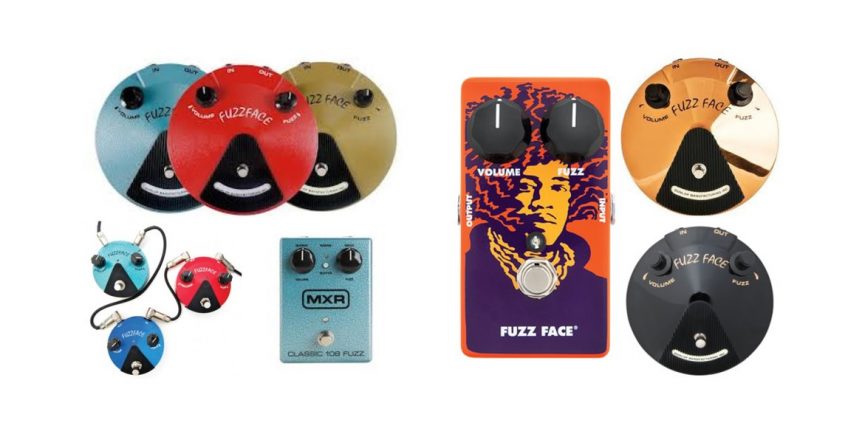 What’s all the Fuzz about?

The Fuzz Face is arguably the most influential and iconic (looking & sounding) fuzz box of all time. The 1st version of this pedal was The Arbiter Fuzz Face, which then became the Dallas- Arbiter Fuzz Face & in 1966 some fella called James Marshall Hendrix started stomping his suede tasselled boots on this round Fuzz monster. It had a few more changes after that too but that story is too long for blogsville. 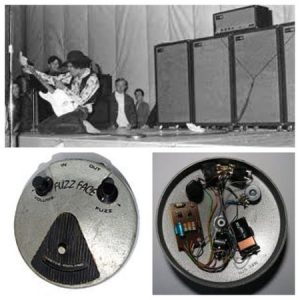 Obviously Hendrix’s use of the Fuzz Face influenced many players to use one too, such as Stevie Ray Vaughan, Eric Johnson & David Gilmour to name a few. It’s also fair to say that there is more legend & folklore surrounding the various types of Fuzz Faces (Silicone vs Germanium etc.) than any other pedal made & original examples fetch big bucks.

Sometimes the best things in life are simple and that is true for the Fuzz Face design.

Inside the instantly recognisable round die-cast case lies a circuit with 3 capacitors, 2 transistors & only a few resistors & herein lies the ingredients that provide a Fuzz tone that for many is unrivalled. 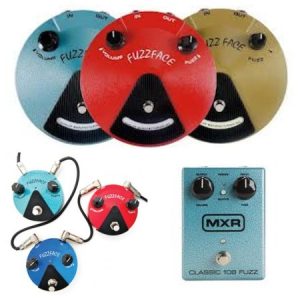 With regard to transistors & whether your team Silicone or team Germanium, any Fuzz Face made by Jim Dunlop will have the tonal consistency not often found in the originals, hence the tales of Hendrix trying several before choosing the final one and the near obsessive perfectionism of guitar genius Eric Johnson in his pursuit of Fuzz nirvana!! 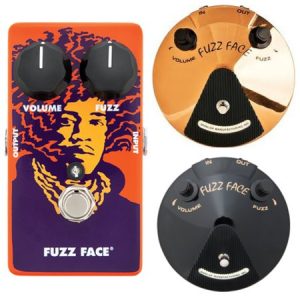 There are hundreds of ‘Boutique’ Fuzz’s on the market but can they provide the same vibe, character & mojo like the ones being made by Dunlop? We think not but we suggest you get your F**zing feet down to our Denmark Street showroom to find out for yourself.

For more product info and videos on the various Dunlop Fuzz pedals go to http://www.jimdunlop.com/