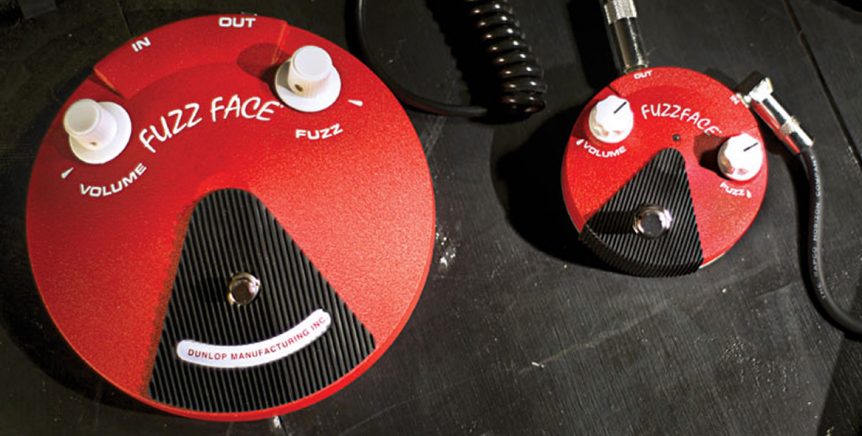 Mini Cry Baby Wah
Size isn’t everything! The new CBM95 Cry Baby Mini Wah, at half the size of a standard Cry Baby pedal but doesn’t skimp on tone. Equipped with the legendary red Fasel inductor, a full sweep range, and three internally adjustable controls for Low, Vintage, and GCB95 voicing is both classic and versatile too! The CMB95 is perfect for small pedal boards, or if you need to save space for that new Fuzz Face (see below). In true Cry baby style, this pedal has true bypass switching along with high quality hardware so that it can take a beating on the road.

MXR ISO Brick
The new MXR ISO-Brick Power Supply is small and light, noise-free DC power supply, with enough power to run a wide range of pedal types without crowding or weighing down your pedalboard.

The ISO Brick, like the DC Brick before it is a rugged, hard wearing piece of kit. Features power on/off and connection status LEDs, and cables included in the box.

Band Of Gypsys Fuzz Face Distortion
The Fuzz face is not only a Fuzz pedal, it is an institution all of its own! Dunlop have created this Limited edition version of the Red Germanium Fuzz Face, previously only available as a Fuzz Face mini, to recreate Jimi’s sound circa 1969-1970 heard most notably at the Live at Fillmore East show. This particular Fuzz Face is totally unique in that none of Jimi’s other distortion’s sounded quite like it. Dunlop have managed to narrow down this elusive fuzz tone to a version of the Octavio Fuzz without the octave up circuitry. After making a few tweaks, they nailed it with the JHF3 Band of Gypsys Fuzz Face Distortion. This pedal comes in a traditional Fuzz face housing and Hand-wired components, meaning no LED and Battery only., so one for the purists!

Bass Distortion
Back in the day, if you wanted to use a distortion pedal and keep your low end intact, you had to split your clean and dirty signals between two amps. With the MXR Bass Distortion, there’s no such need—this pedal puts control over the clean/dirty mix right at your feet with separate Dry and Wet level controls. The Tone control, which only affects the distortion signal, is a simple high cut filter for dialling back the top end, and the Distortion control sets the distortion signal’s intensity.
The MXR Bass Distortion dishes out big gnarly tones with all the low end your bottom-dwelling heart desires. Working closely with indie pedal phenom, bass dirt guru, and Fuzzrocious Pedals founder Ryan Ratajski.

Finally, the MXR Bass Distortion’s raunchy sound comes in two flavours, selectable via the LED/SIL switch. The default SIL setting uses silicon clipping diodes for an aggressive, biting sound and a bit of compression, while the LED setting uses LED diodes for a more wide open sound and a nice gain bump. 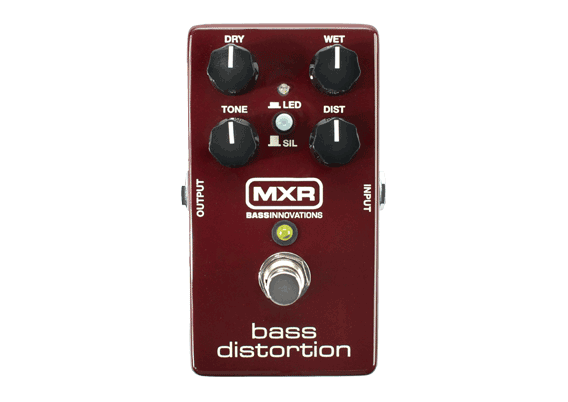 If you’d like any more information then visit Dunlop at http://www.jimdunlop.com/ or give us an email or ring.