Last October we were very lucky to have Zane Carney perform in our showroom whilst he was in the UK playing guitar for John Mayer. At that time under doctor’s instructions, Zane was unable to hardly talk, let alone sing which was a shame but luckily he brought his ultra-talented brother Reeve and UK guitarist and singer Tom Crouch to ‘be his voice’!!

John Mayer is back in the UK at London’s O2 Arena again on 9th June so Zane kindly gave us a visit again but this time was able to sing some songs and host a Q&A session too.

Zane played some covers and some original tunes too and also spent time explaining how he plays and applies theory into his playing and song writing too. He also played a Jazz improvisation piece accompanied by our very own Sam B providing some walking bass lines! 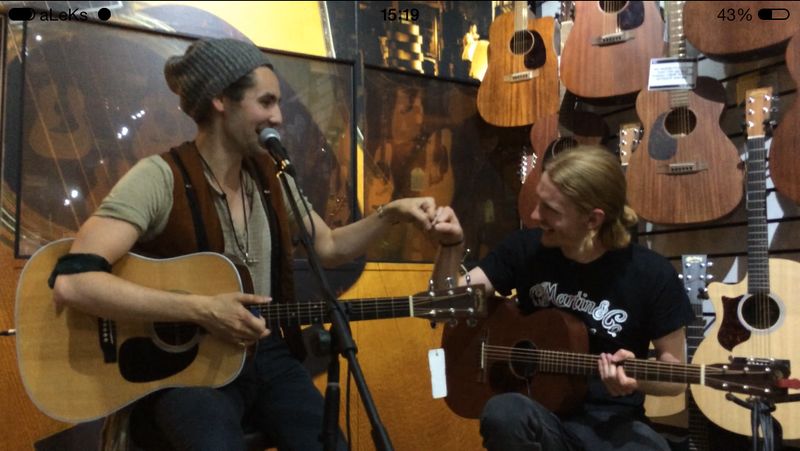 Zane Carney and Sam B

Afterwards Zane did a meet and greet and signed copies of his albums ‘Confluence’ and ‘Amalgam’ and then he had to make his way to the O2 to get ready for the John Mayer gig.

Whilst in the UK Zane will be playing a Co Headline show with Tom Crouch in London, details here….

We’d like to thank Zane for visiting our Denmark Street showroom again and hope to have him in here again next time he’s on our shores. 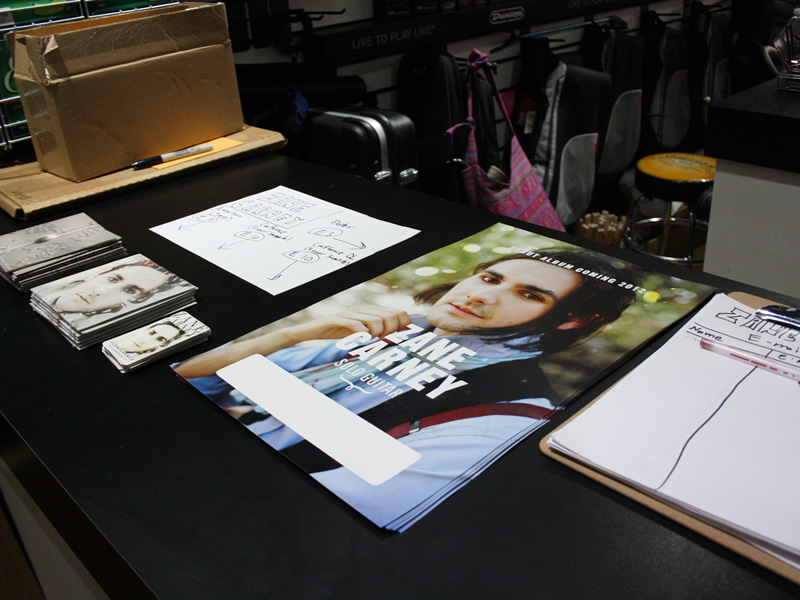